So I know I promised not to complain about the weather... but... it's cold and grey again. We get a teasing  sun day here and there but the overall feel is still rather winter-like. I had these plans to sew my girl some skirts and even try my hand at an easy dress pattern or two, but instead I am cranking out pants. Warm, practical, easy.

I think I finally figured out the trick to sewing the Quick Change Trousers by Anna Maria Horner. The pattern made me dizzy the first few times I looked at it. So I stashed it away, gave the book to SuperJen, and then pulled it out recently without the instructions. And I did it! Reversible pants with bum patches are now taking over. Warm flannel ones for those still nippy days... 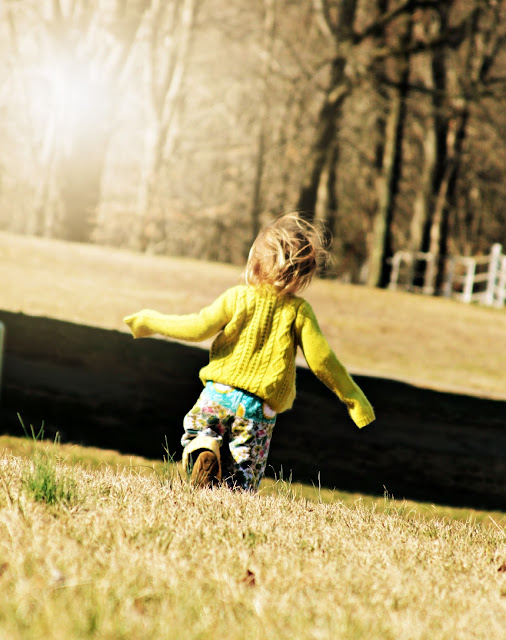 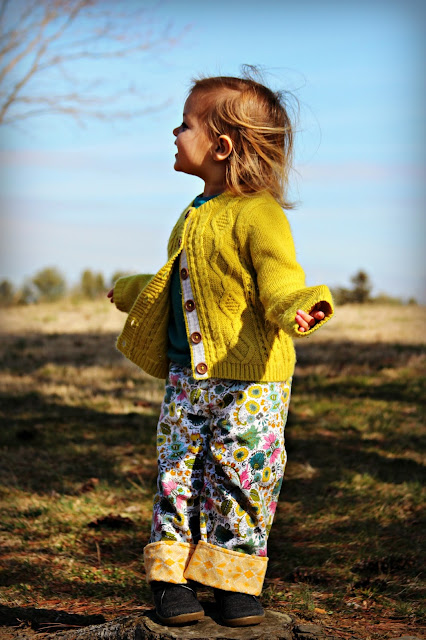 And some lighter ones in hopes of spring... 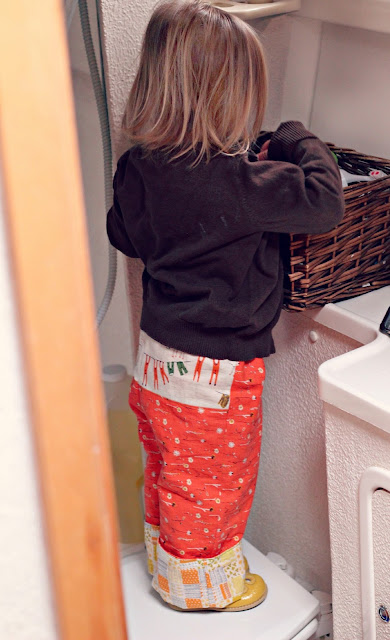 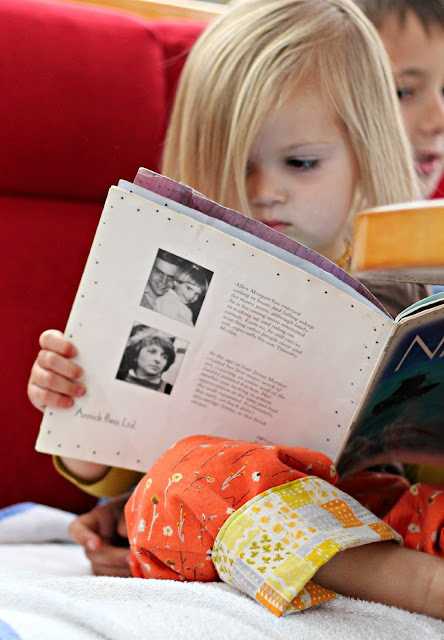 I botched a pair too. Here's my new sewing phobia. I have a stash of fabric I bought a long time ago. Not understanding how the fabric game worked back then I just bought it and hung on to it and never thought twice. Now I have come to learn that certain designers put out fabric and then make it disappear. Forever. So that fabric becomes "rare and valuable". Who knew? So I have a small stash of fabric that I got at a normal price and is now either no longer available anywhere, or people are selling it at a crazy jacked up price because it's discontinued. I was a little nervous knowing that if I botched it (which I often do) I would not be able to replace the fabric. And of course I botched it. But not so much so that the pants can't be worn. I got these cute little knee patches on etsy from Little Red Caboose and then had the gnome fabric by Heather Ross to match. And, well, the mistakes are mostly hidden under her shirt so it's all ok. 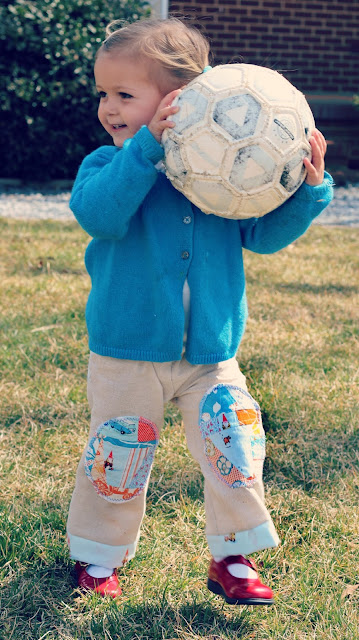 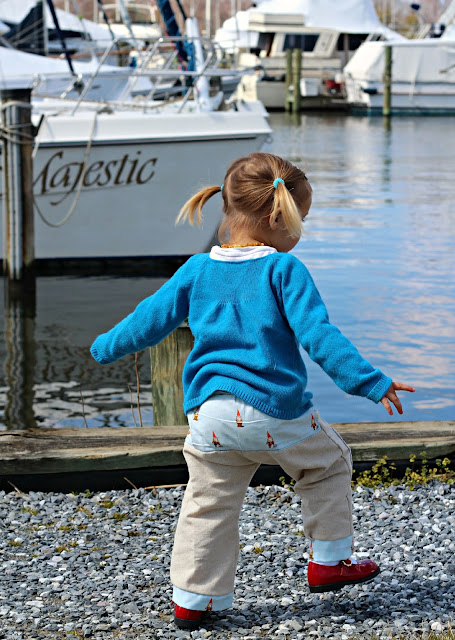 And of course I had to make a cheesey nautical pair of reversible pants from the adorable Out To Sea line by Sarah Jane Studios. I know when boat people wear boat clothes it's a little, um, over the top. So be it. I will spare her the little white sailor's hat with this one. Maybe... 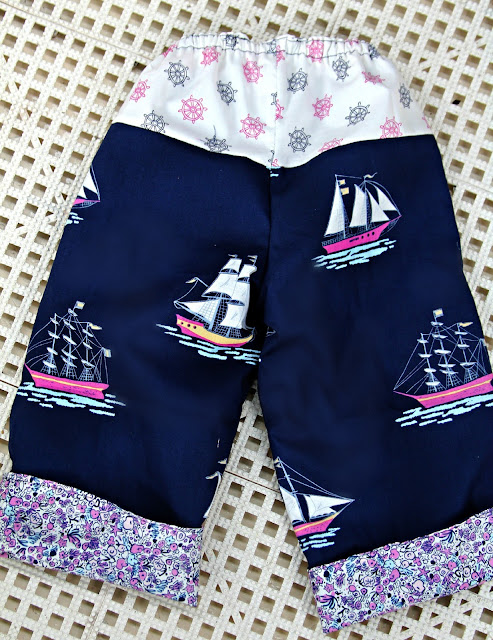 And not all of the pants are reversible. I made one pair of capris with some Echino. I used this pattern and just added a pocket and shortened it. Man I so love Etsuko Furuya's fabrics. resisting the urge to make everything in his designs. 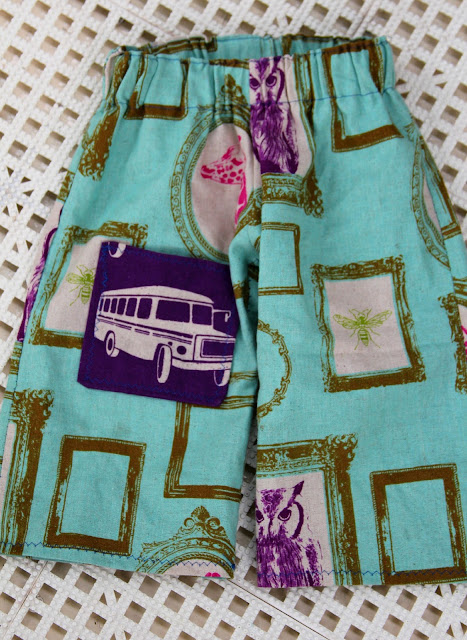 So that's what I've been sewing. But I am not the only one on the machine this March. I was going to trash an old tablecloth to the rag pile that had too many stains to be saved, and Zach jumped on it. He knew exactly what he wanted to make and how to do it. I threaded the machine and he was off. 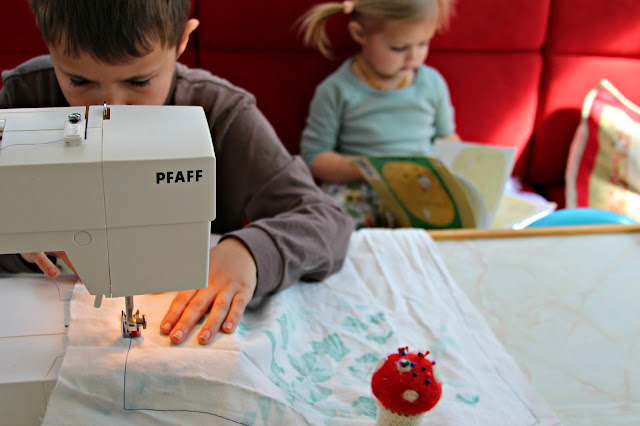 He's very happy with his new soft pillow and I am so proud of him for taking it on. He did a really nice job and the only funky seam was the one I jumped in to help him with. Yea, stay out of it mom. He's GOT it! 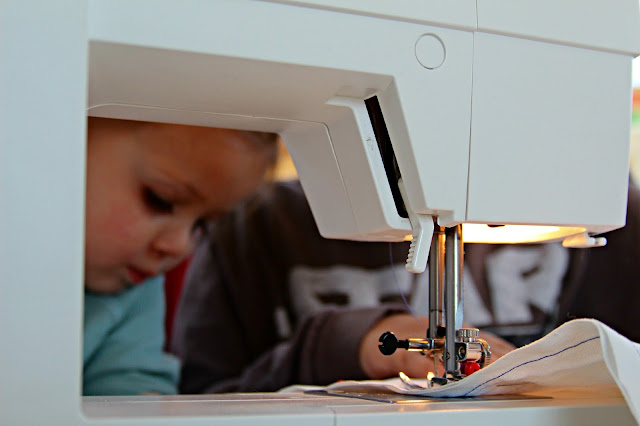 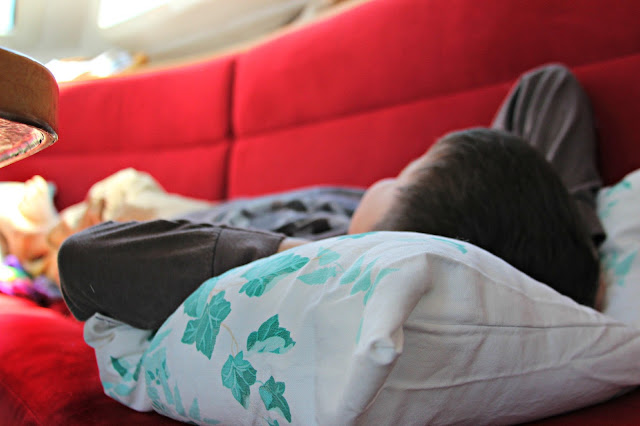 Now if we can manage a full week without jackets, maybe I will get inspired to sew some dresses. 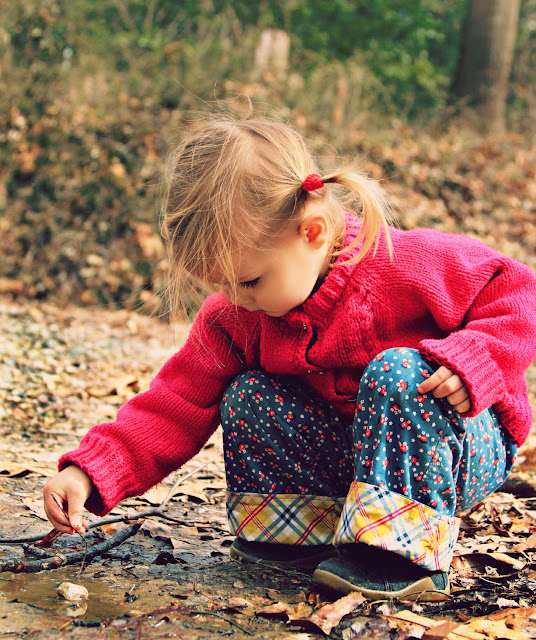 Naia was quiet for a long while. This in itself is somewhat or a miracle. I was cooking (another miracle) and Zach was of course nose in a book. She toddled over to the steps that lead to the galley and peered around to the stove. It made me laugh because our dearly departed Schooner dog would do the exact same thing, eyes wide and ever hopeful for a scrap.

She sighed dramatically and said, "Mama, I frustrated." I expected something concrete like needing help with a puzzle or untying something or reaching something up high.

But instead I heard this, "I try and try but I can't  see my back. I know it there, but I can't see it!"
"Oh my," I said. "That can be very frustrating indeed."
"And why come every time I try to touch squirrels they run away up tree? I REALLY want to touch one."
(Trying not to laugh) "I want to touch one too. I've been trying for years. So has Zach. Those squirrels can be tricky."
Then looking over at Zach she frowns so hard it would break your heart. "And Zachawy reads, and mama reads, and Dada reads, but Naia can't read." Cue the sobs.

Well, at least with number three I can help with a cuddle and a story. I am NOT a proponent of early reading and teaching your tot to read, but of course a love of words and stories is a must. I love the Gerda Muller seasonal books because they are just pictures, so I encourage her to "read" them to me without getting distracted by words.

But as for your back and those squirrels. Well I guess that is part of life. My biggest frustration for as long as I can remember is wanting to have a soundtrack for my life as it happens. I mean portable and instant music has come a LONG way since I was young, but what I want is like a personal brain Pandora that starts THE perfect song in my ear at the perfect moment. Maybe, one day. In the mean time I am happy to ponder the imponderables with my baby, and take the 5 seconds to put on the perfect song to dance our worries away, and live and love the moment.
at 1:23 PM
pondering the universe
2013-03-14T13:23:00-04:00
boatbaby
everyday life|kids|mushy mommy stuff|toddler|
Comments 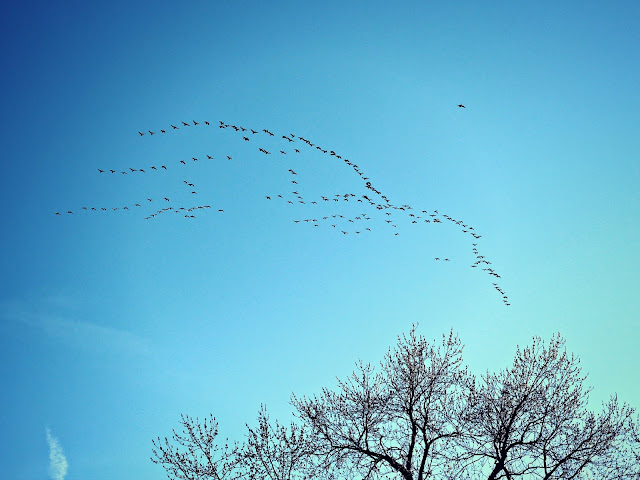 Look at that. Our old friends are back. We heard them first, playing stopped and ears and eyes turned skyward wondering if it was really true. And then we saw them, oh so many of them flying with such gusto as if their wings were actually delivering spring time to everything they passed over.

I feel like I can breathe now. Longer days to frolic outside. The wind has finally died down (this has been the windiest winter EVER!) And we can now just do the very thing we excel at, piddling around outside without a plan. 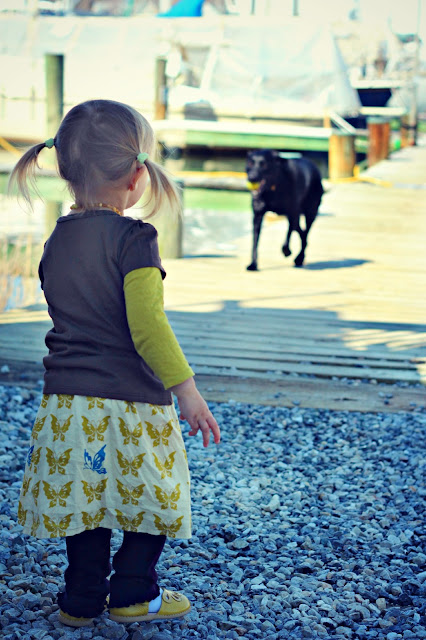 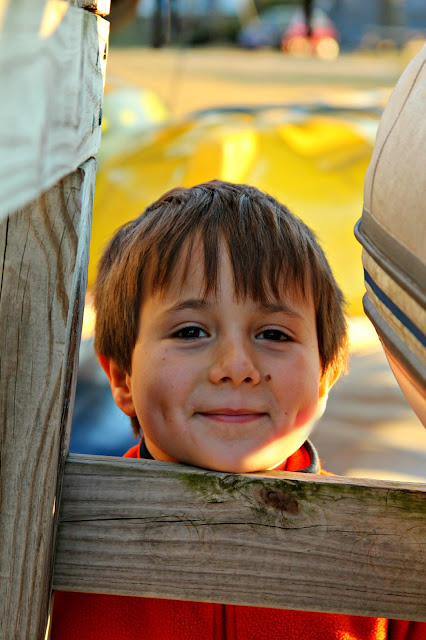 The dock carts are rolling around with giggling children. The stones are being tossed off the path and into the water when the dock master's back is turned. And the kids are savoring the joy of just running and yelling and being outside. 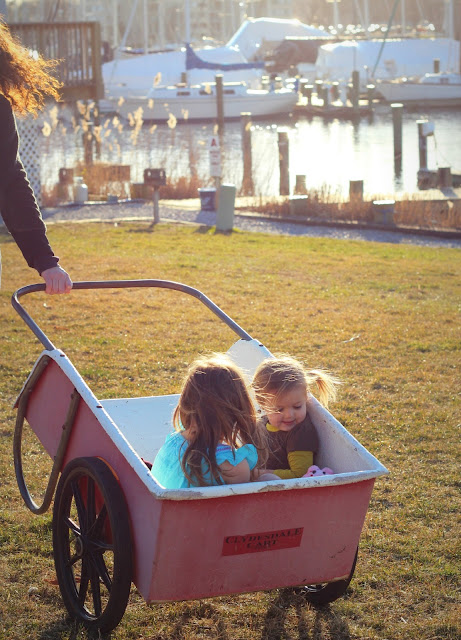 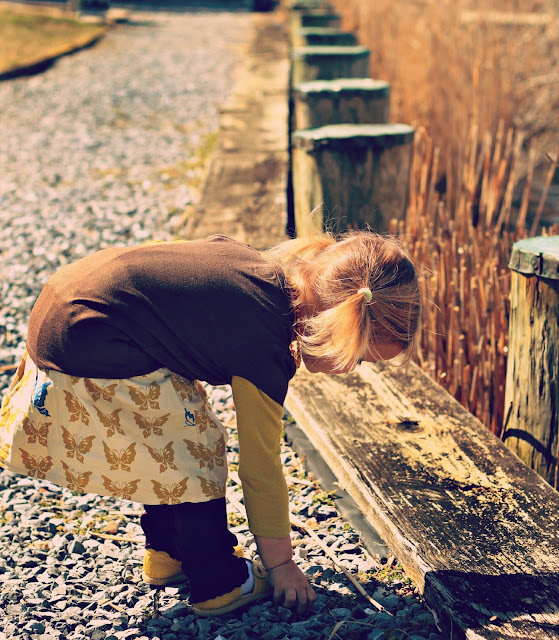 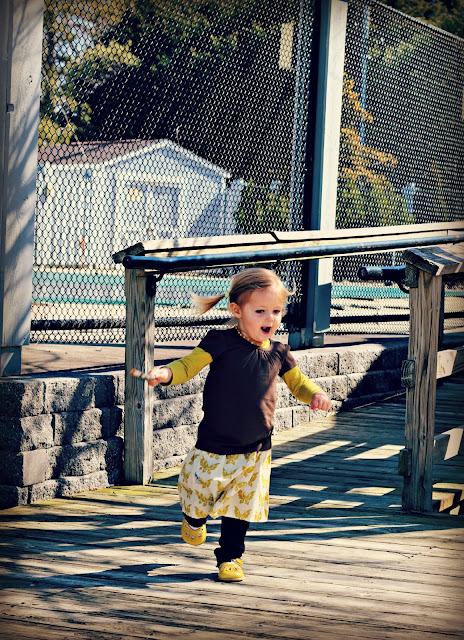 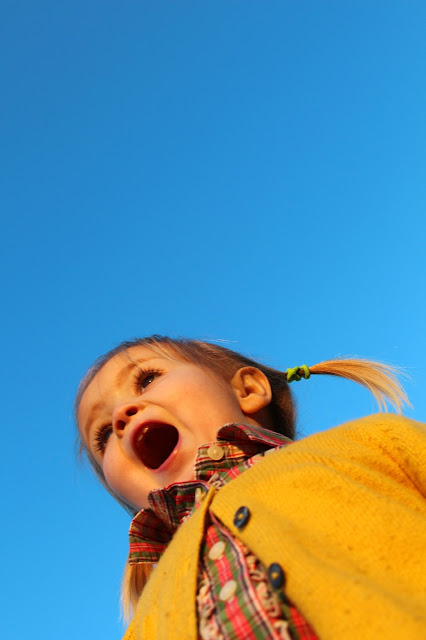 Inside the boat projects plug along still. We are knocking off the things from our list that require more labor than cash. So this weekend we repaired and painted the cockpit floor. 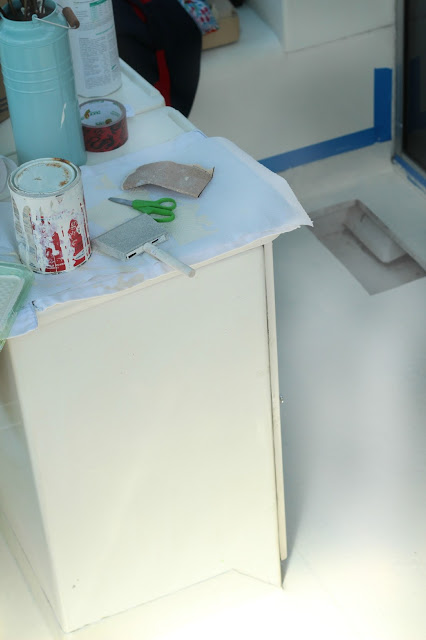 Before you know it we'll be kvetching about the heat. 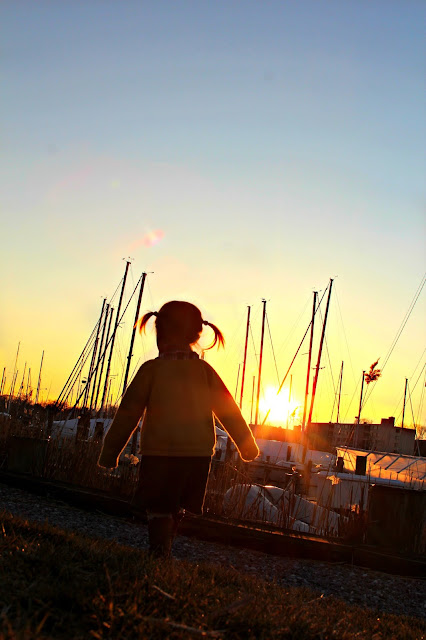 Thawing a little, though still grey and windy around here. The days are getting noticeably longer now. We have time to run around outside in the early evening and watch the sun go down. 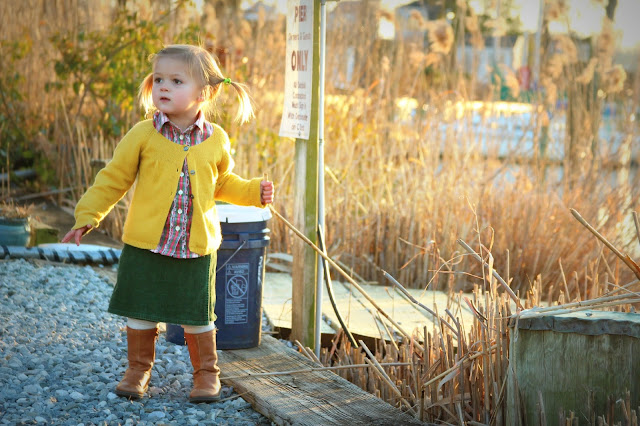 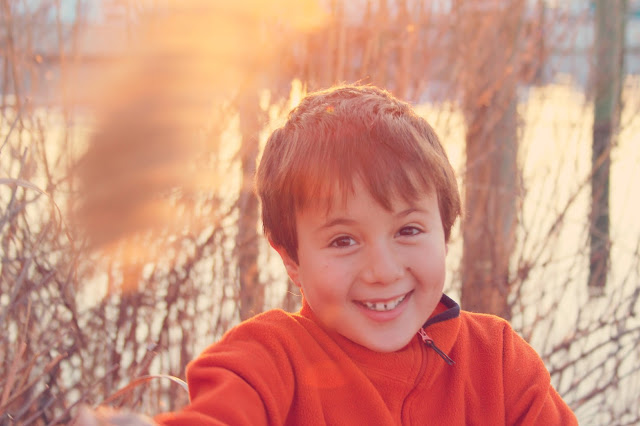 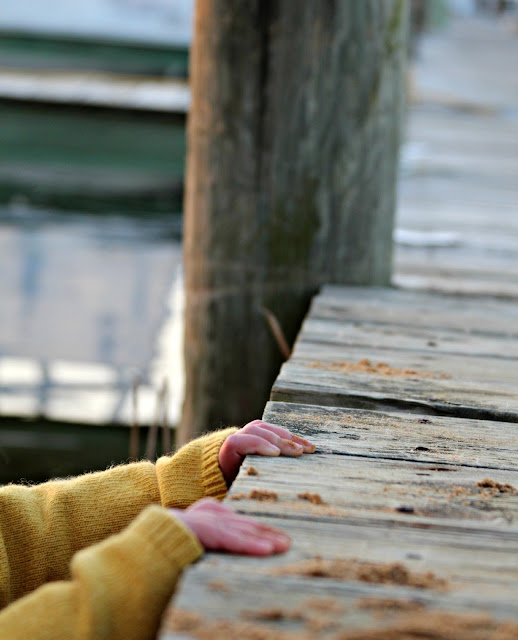 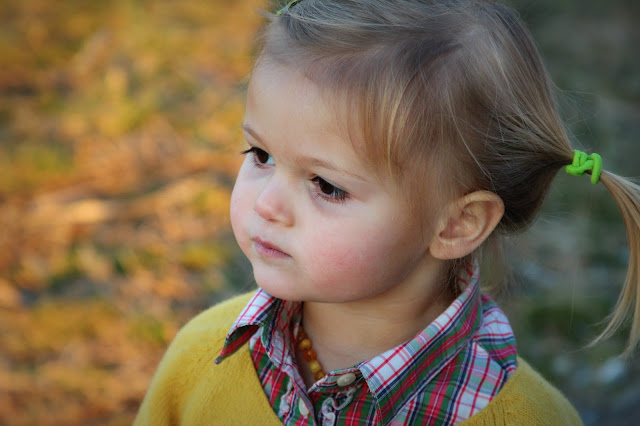 Doug and I are starting to check things off the to-do list for the sailing season, and of course for every item we check off a few more are added on. Such is boat life. 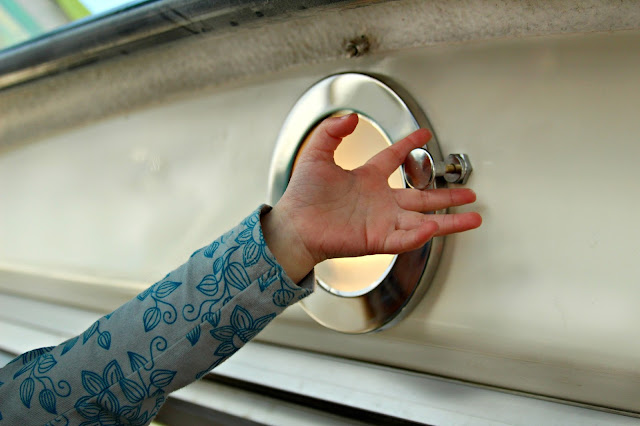 (a new light in the cockpit)

These cold March days, sailing season seems so far away. The boat is still wrapped in plastic and stiff and cold. Our mainsail is still in storage. It's hard to get motivated to knock out all of those little chores, but then the first truly warm day I know we'll wake up from this cold weather brain fog and suddenly want to hurry up and get it all done. So lists are made. Baby steps.