It's the time of the year where we pack ourselves into the car like a bunch of traveling sardines and use an entire day of our short lives hurtling across the turnpikes and interstates. When we stop the car after 12 long hours of flat nothing we hop out and see this. 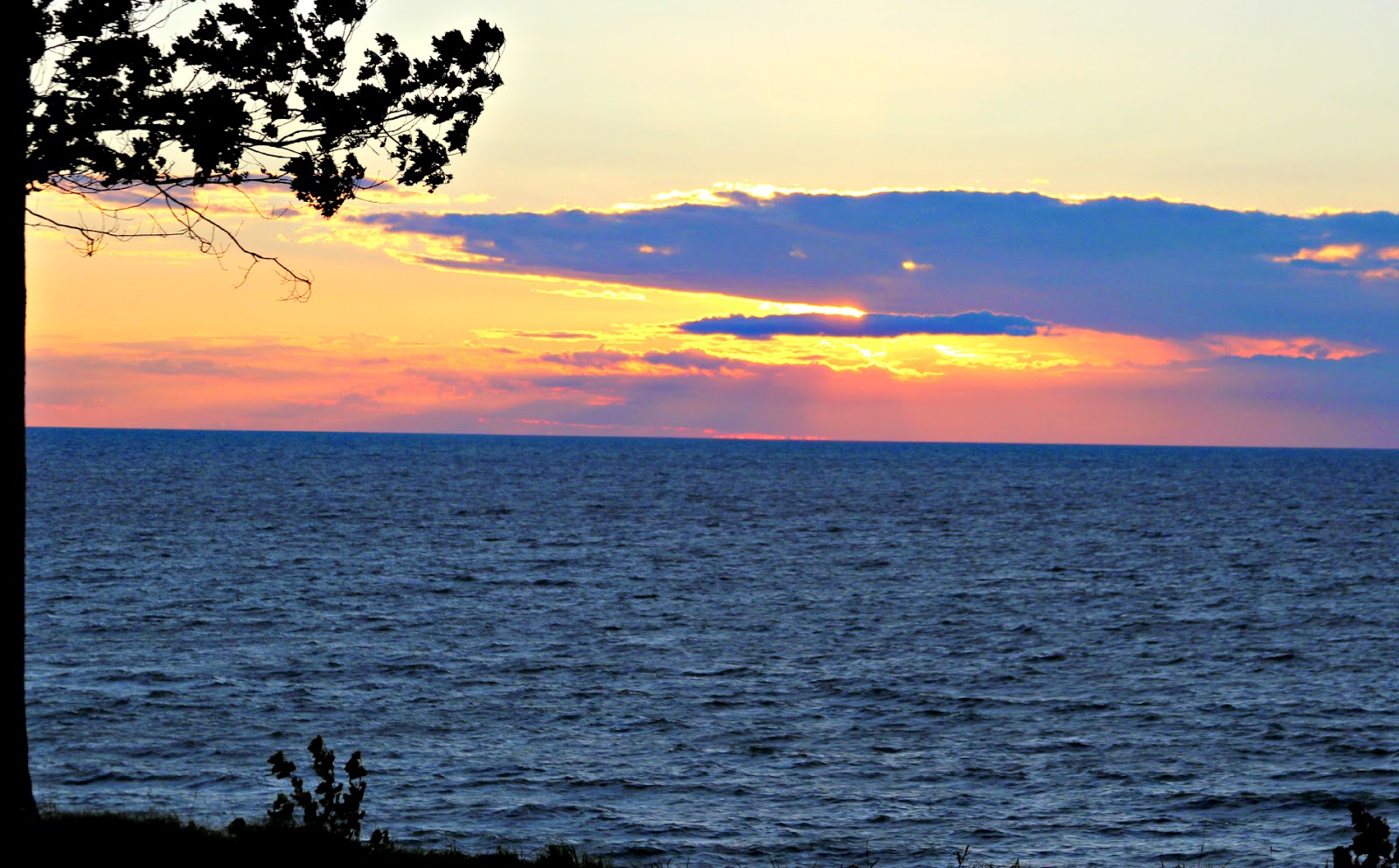 Ah, yes... Lake Michigan! This is where is all began, where I learned to sail many moons ago. My parents have had this cabin here on the lake since I was 8 years old. That's a mighty long time. So long that bringing my kids here is starting to get a bit trippy. 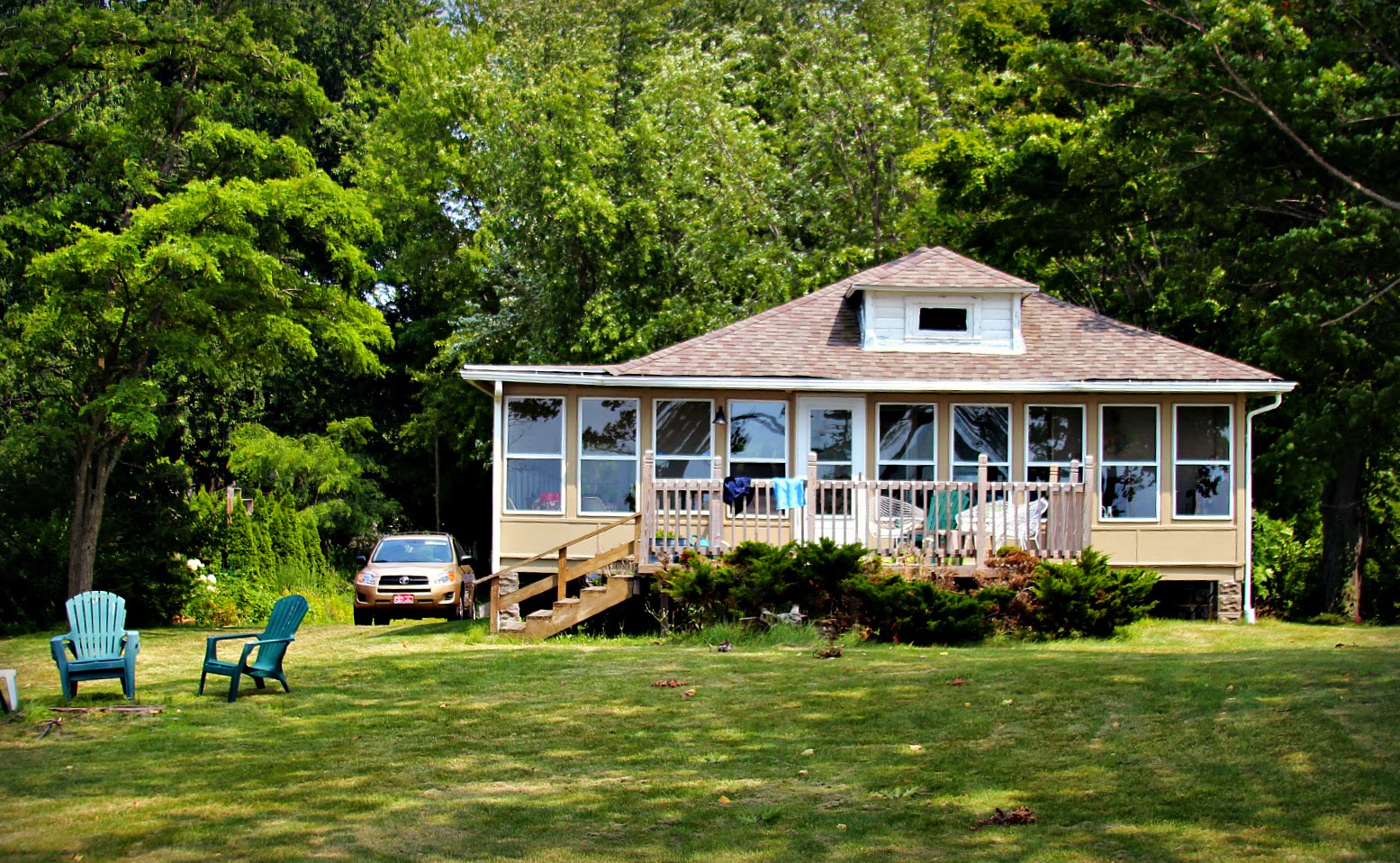 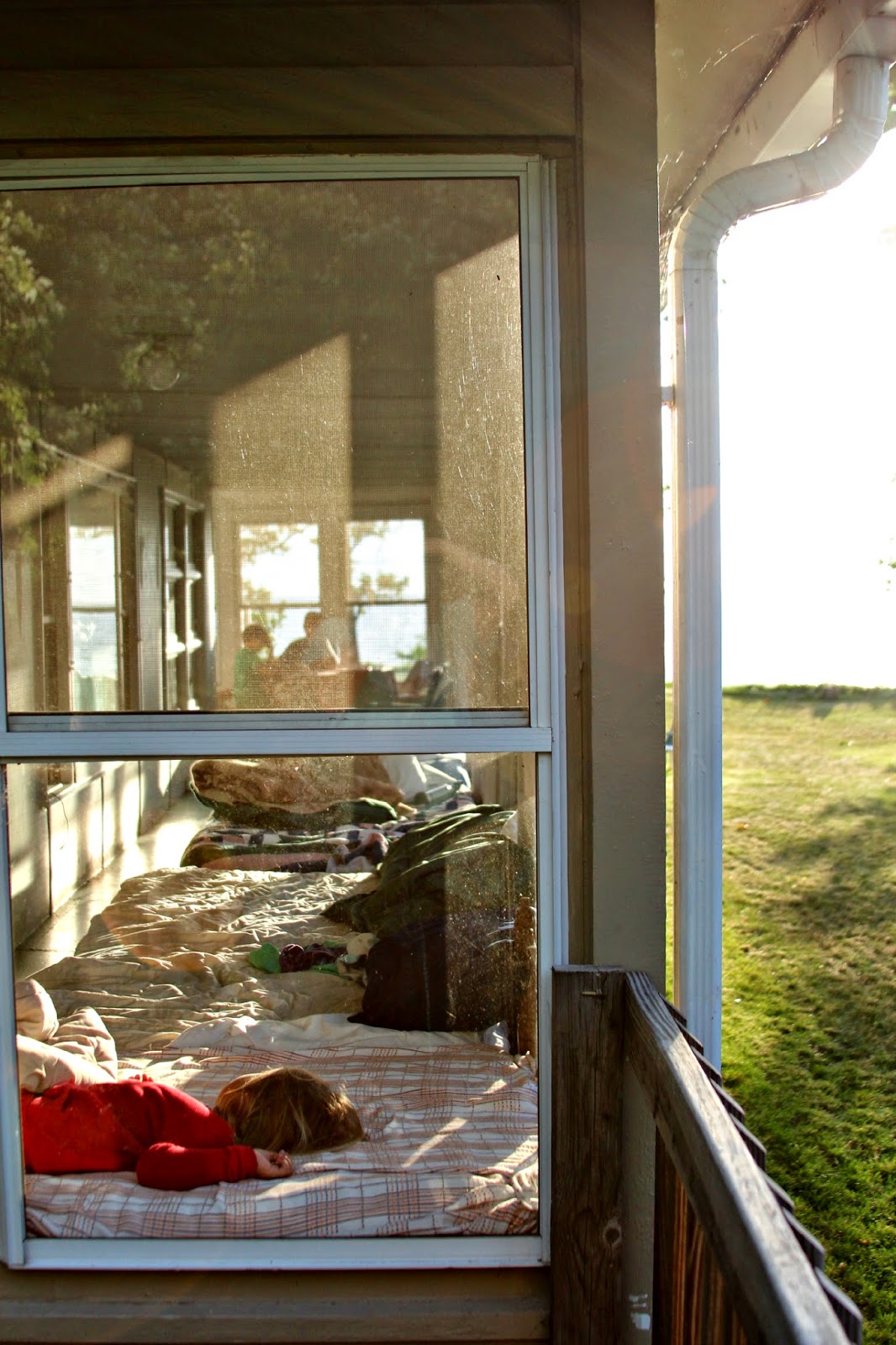 They're sleeping on the beds I slept in. They're playing with the same old toys and family odds and ends I used to play with. And they're loving that beach right out the front door and down the thousand million stairs to the bluff as much as I've always loved it. 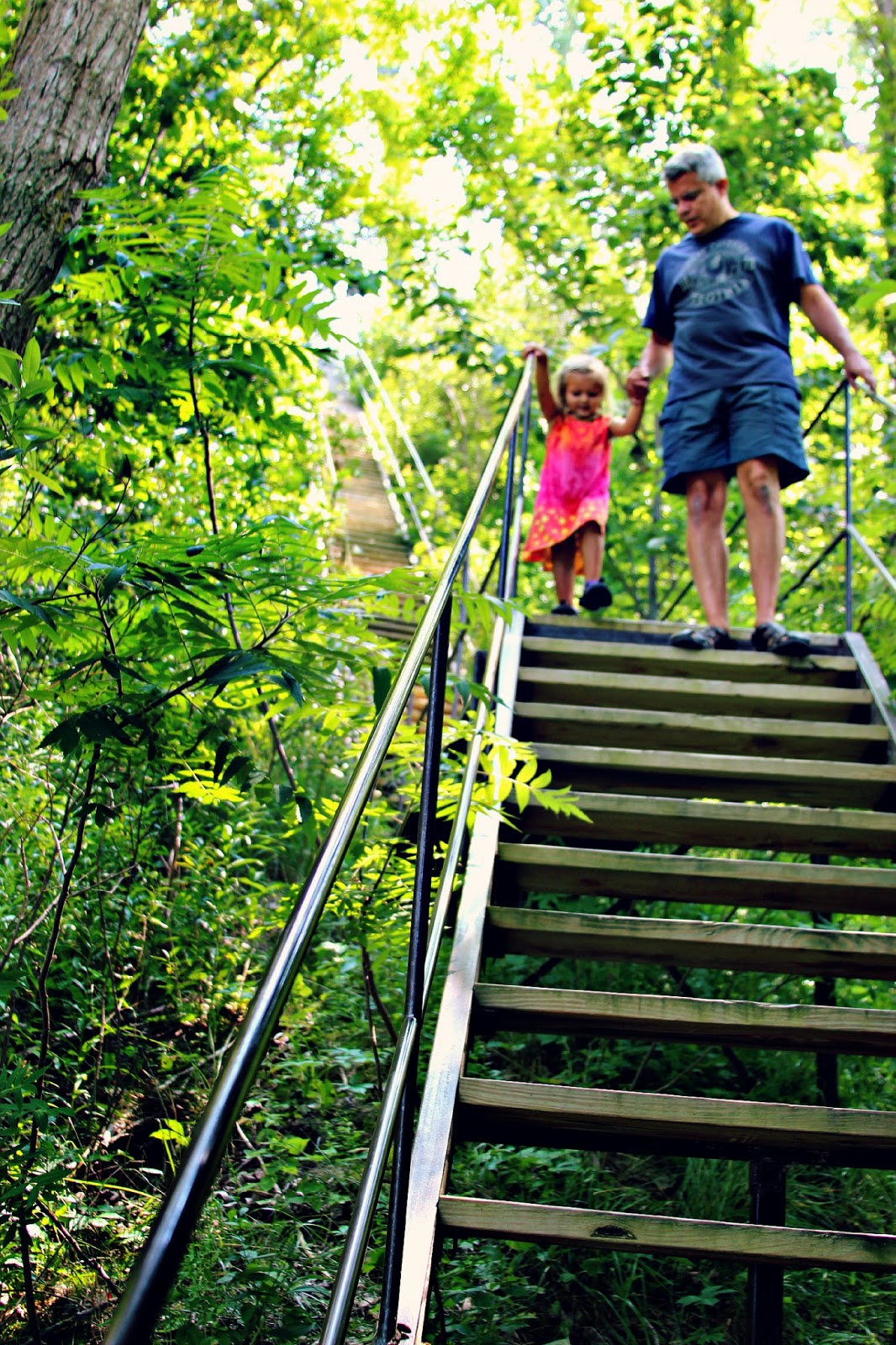 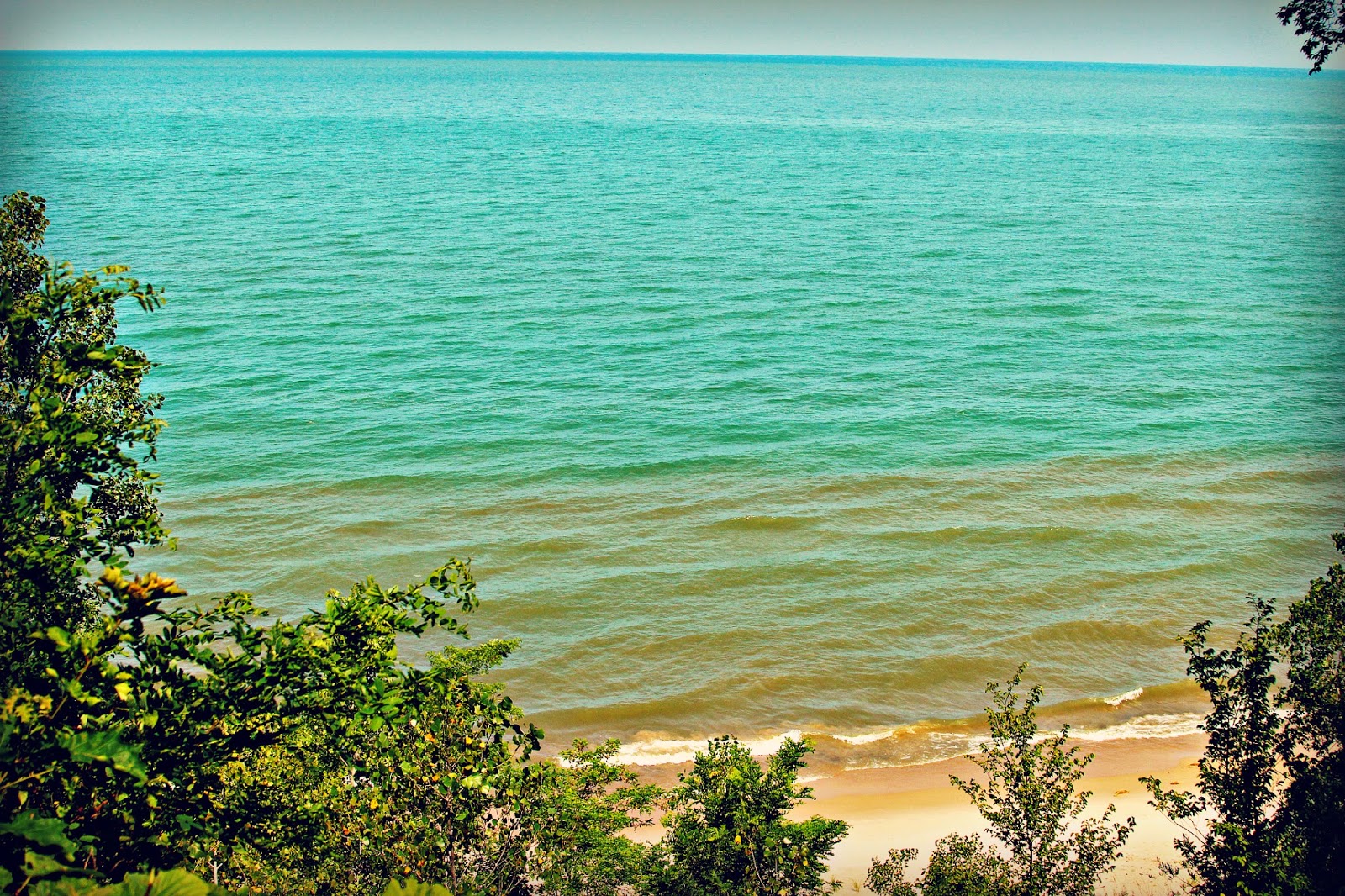 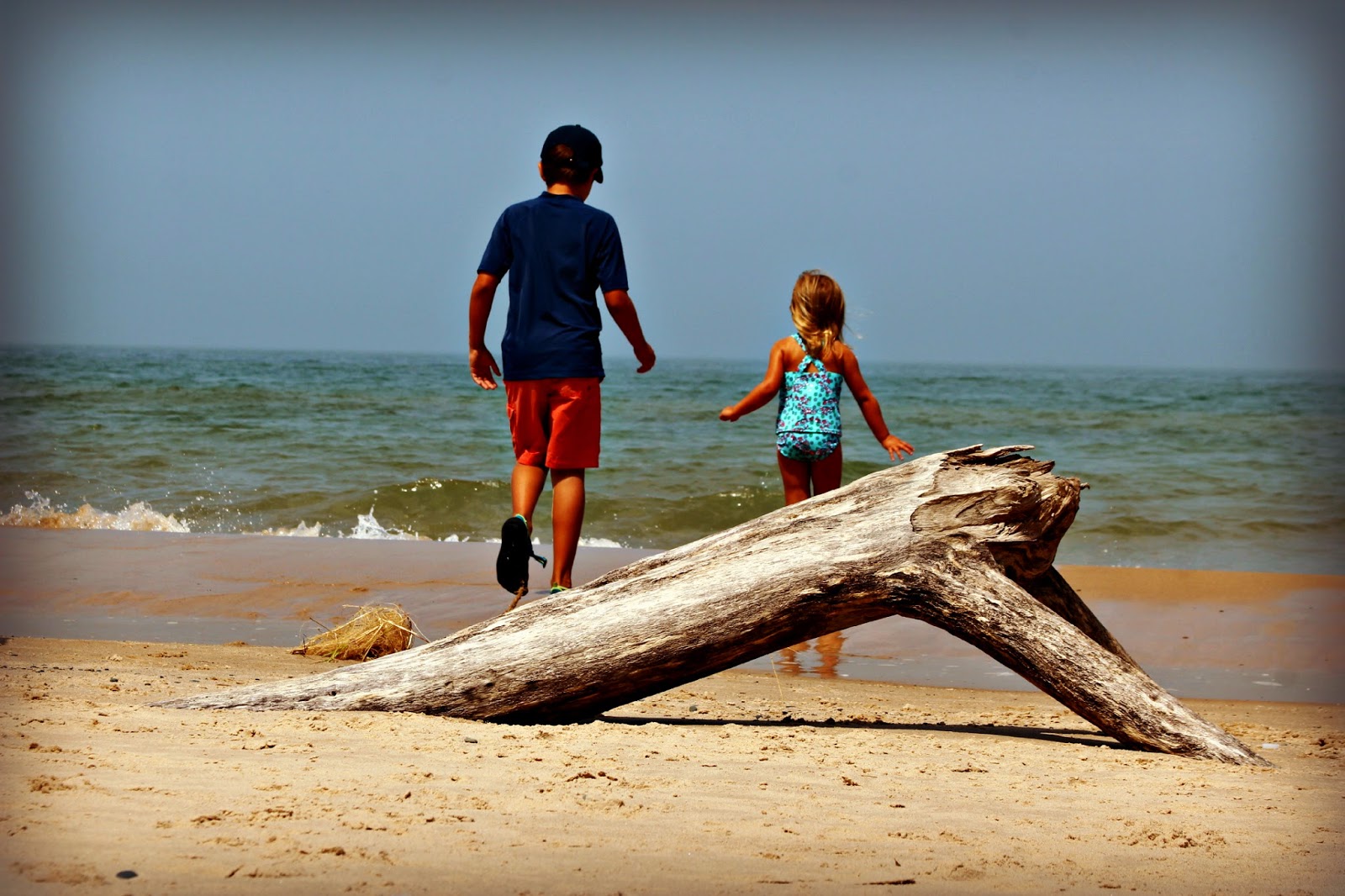 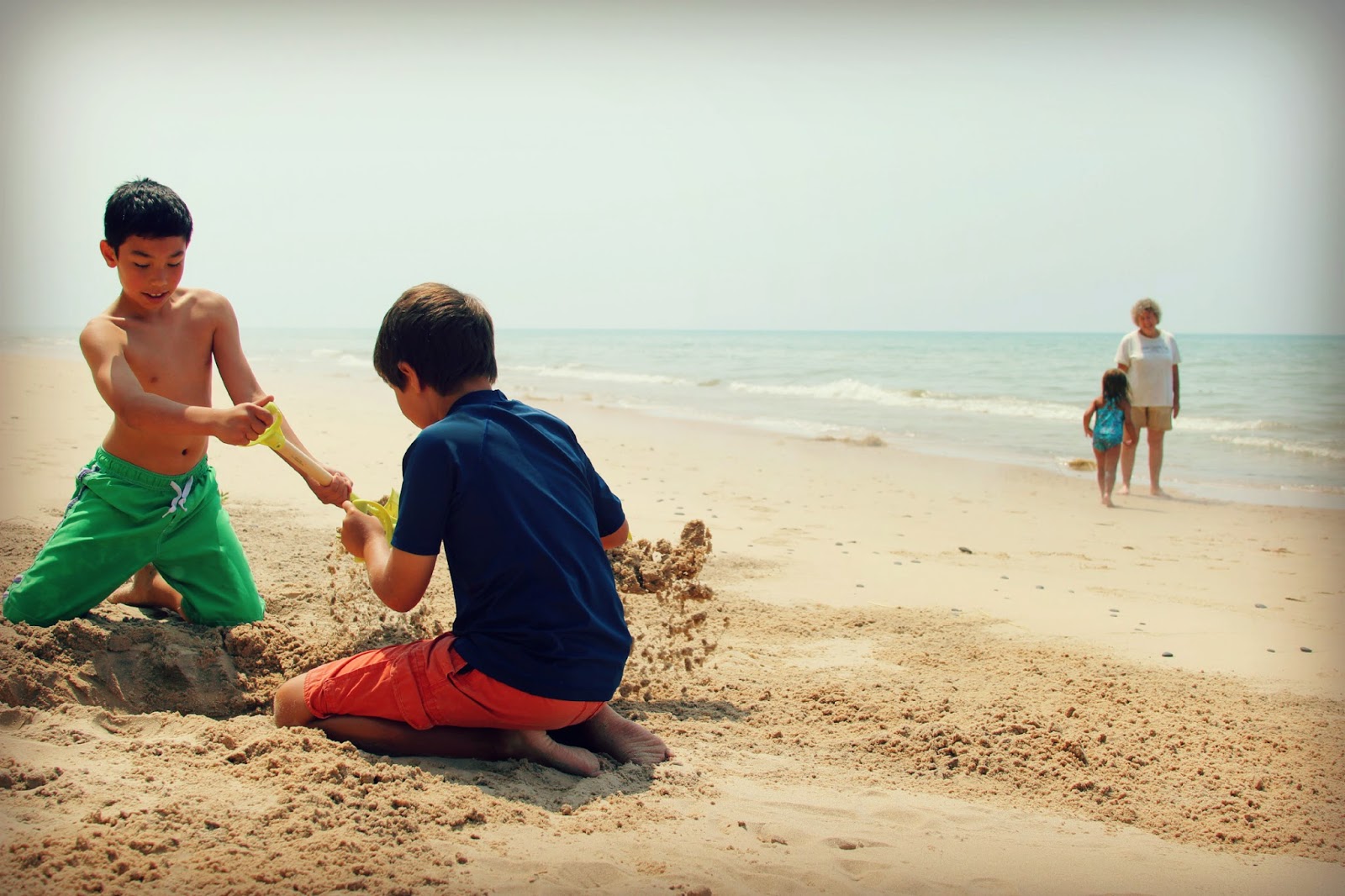 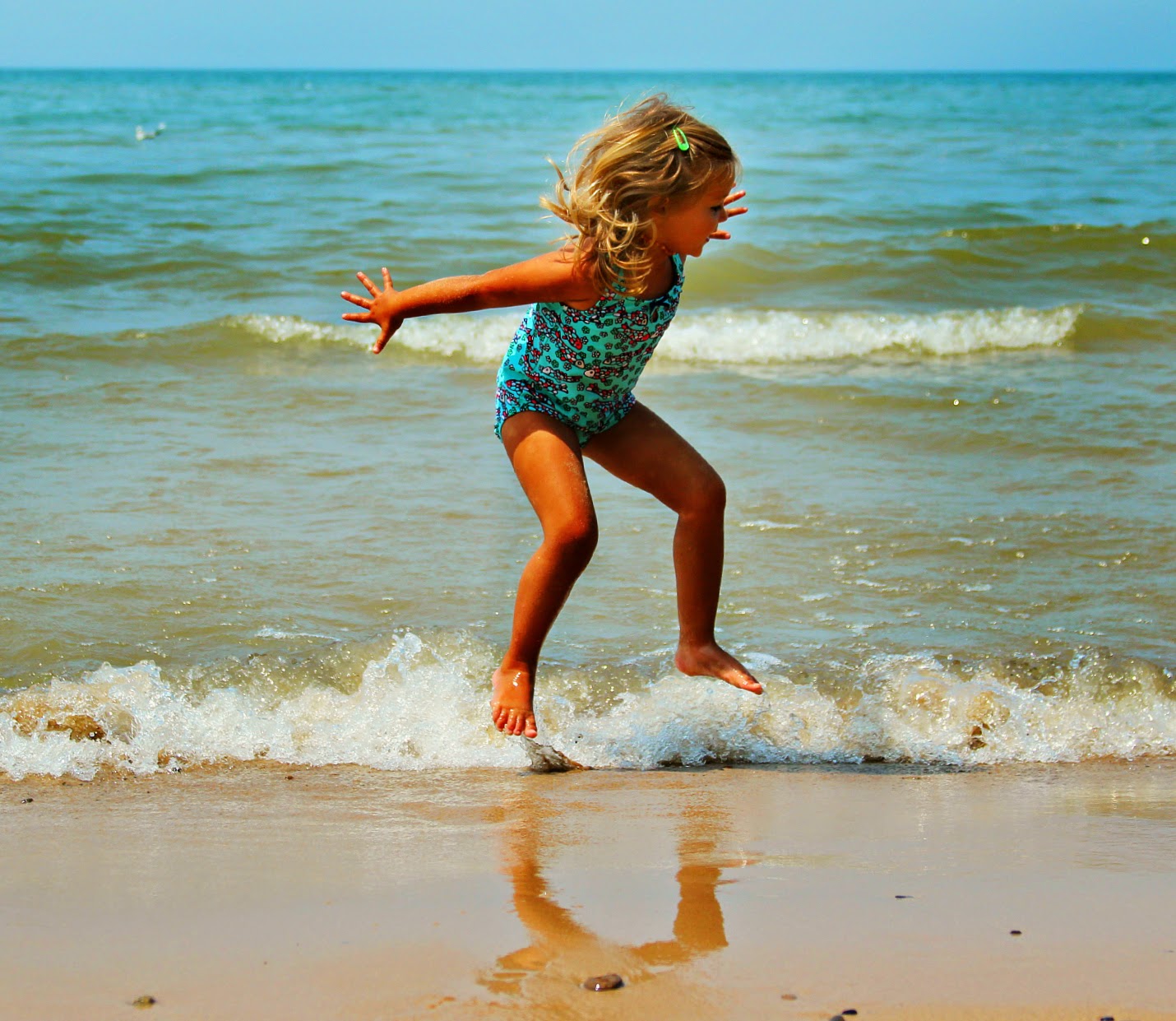 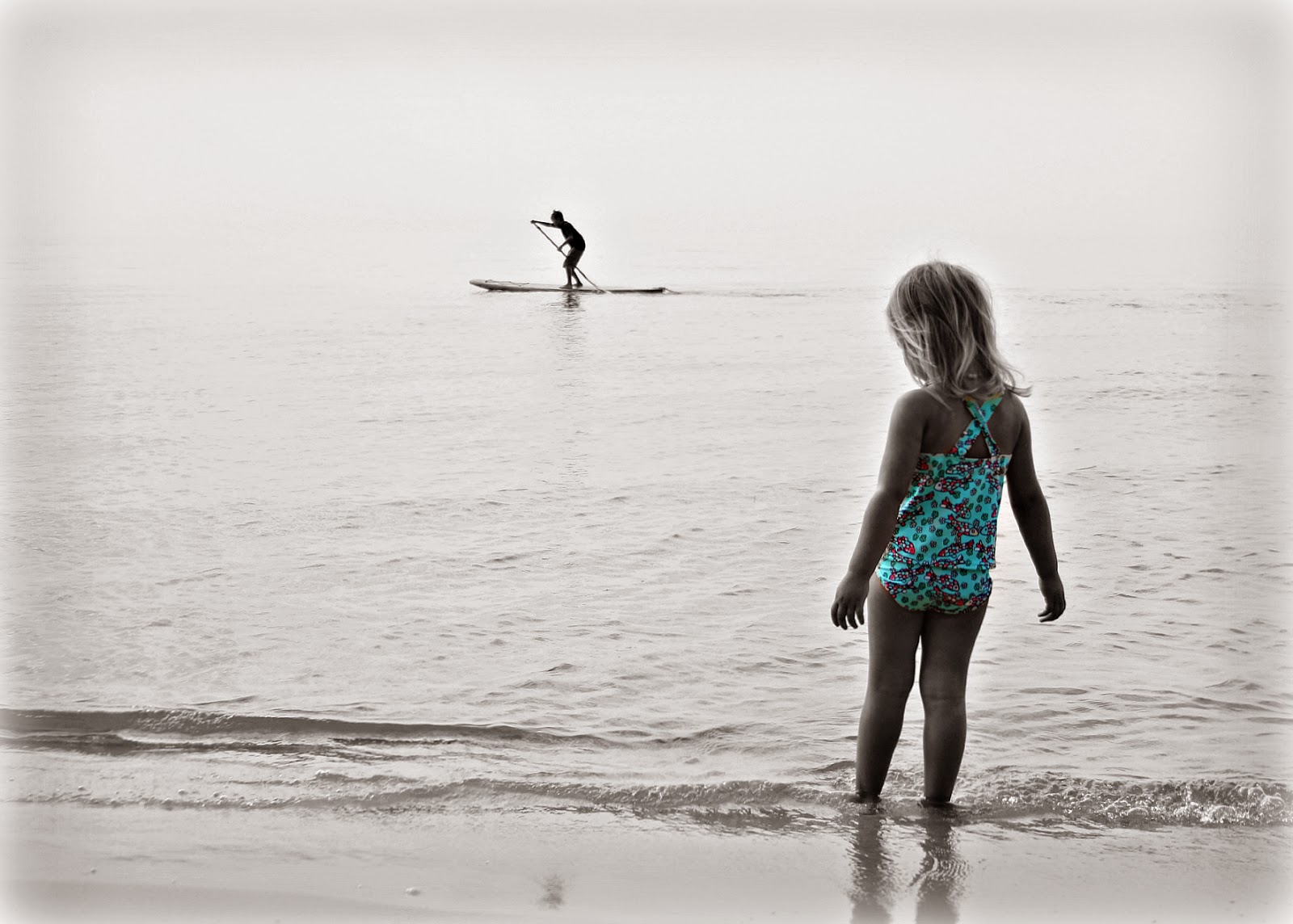 Some things have changed here. The most notable is me. Of course I am a middle aged mom and no longer a care free kid or freedom seeking teen. Some well worn paths are overgrown now. A new set of stairs replaces the old. The old camp is gone and a fancy house in its place. Some old faces are missing. And my old sailboat decided to wander off too. 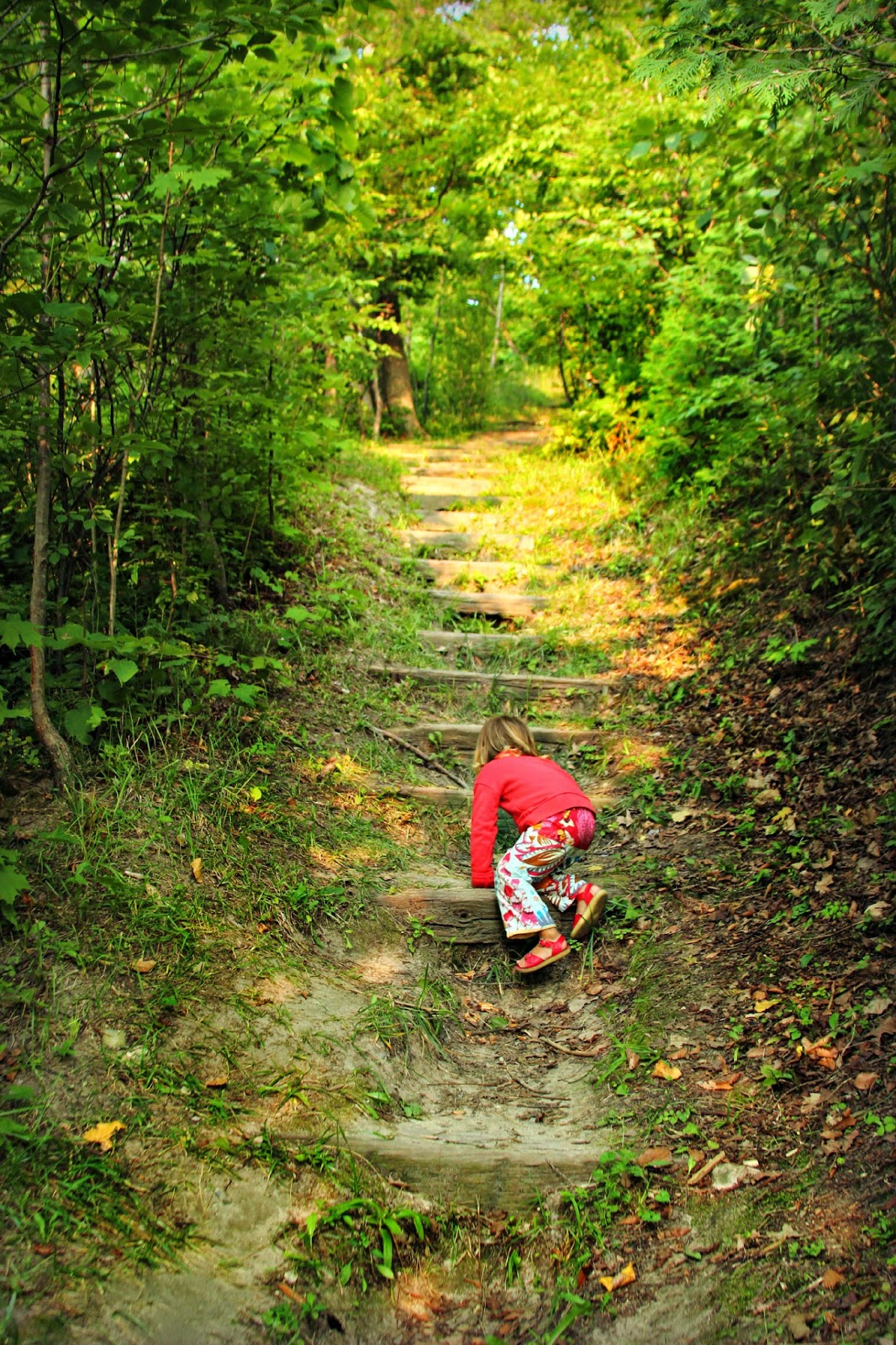 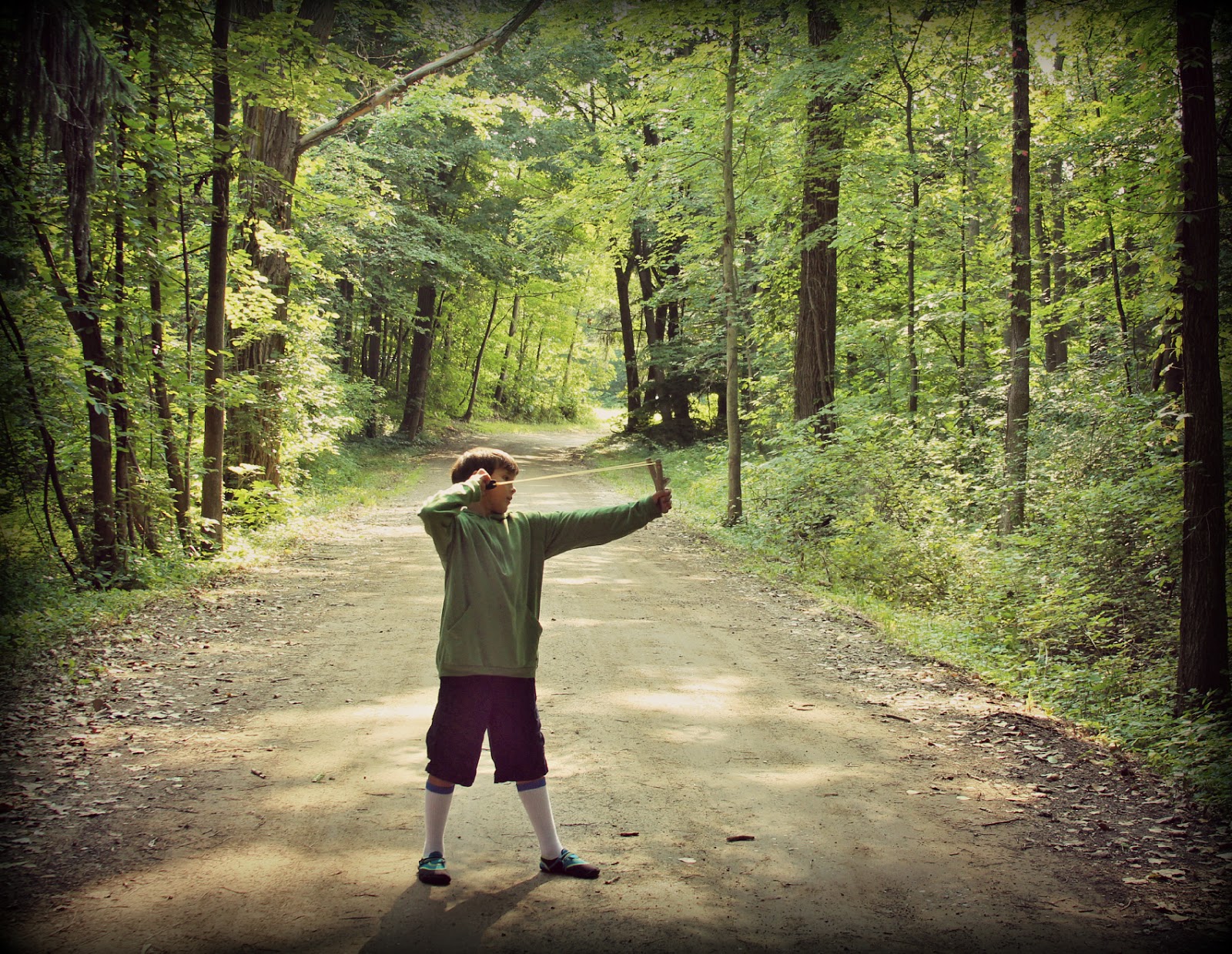 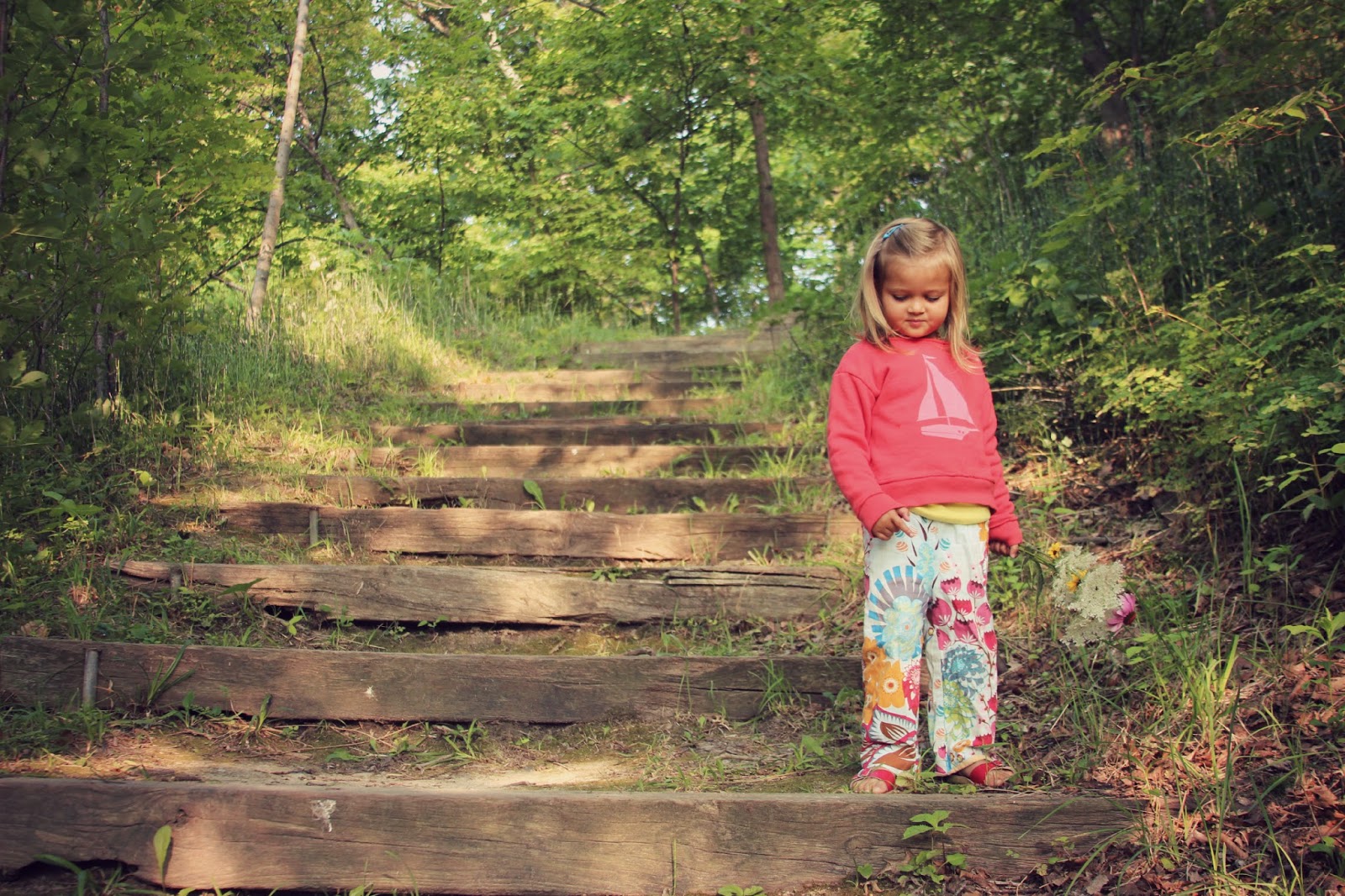 But the thing that really struck me was how much of this place is the same. The same old cabin of course, maybe a fresh coat of paint and some new pillows, but so much is the same. The same old National Geographic magazines on the shelves that I used to spend hours pouring over. The same beach kitsch decor. The same funky smelling blankets. The same wobbly table where I played cards with my grandma. The same retro chairs where my sandy bottom sat and ate lunch now my kids' sandy bottoms sit at meal time. The same original beadboard ceilings on the sleeping porch. The same bowls and vases filled with beach treasures. 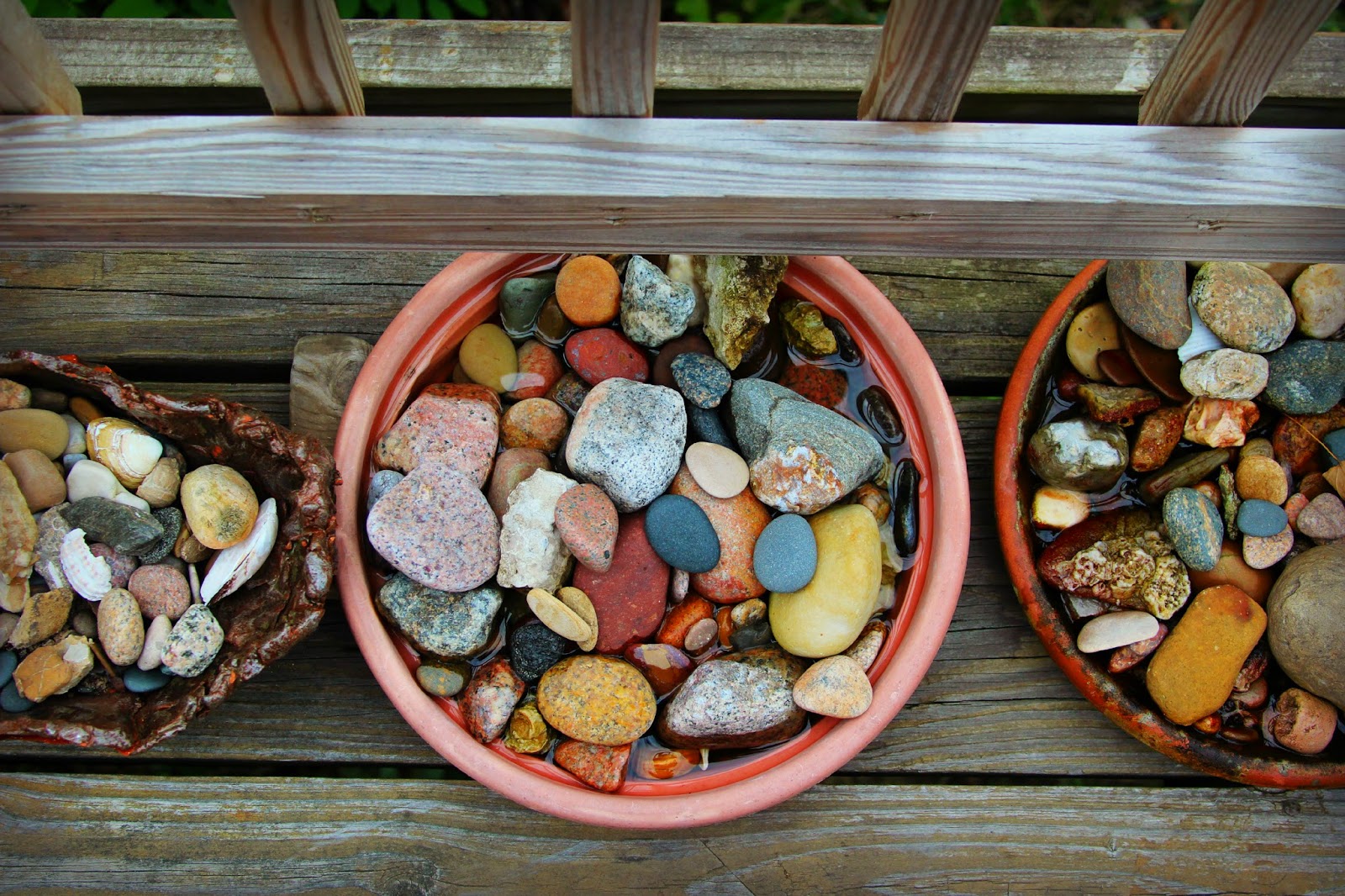 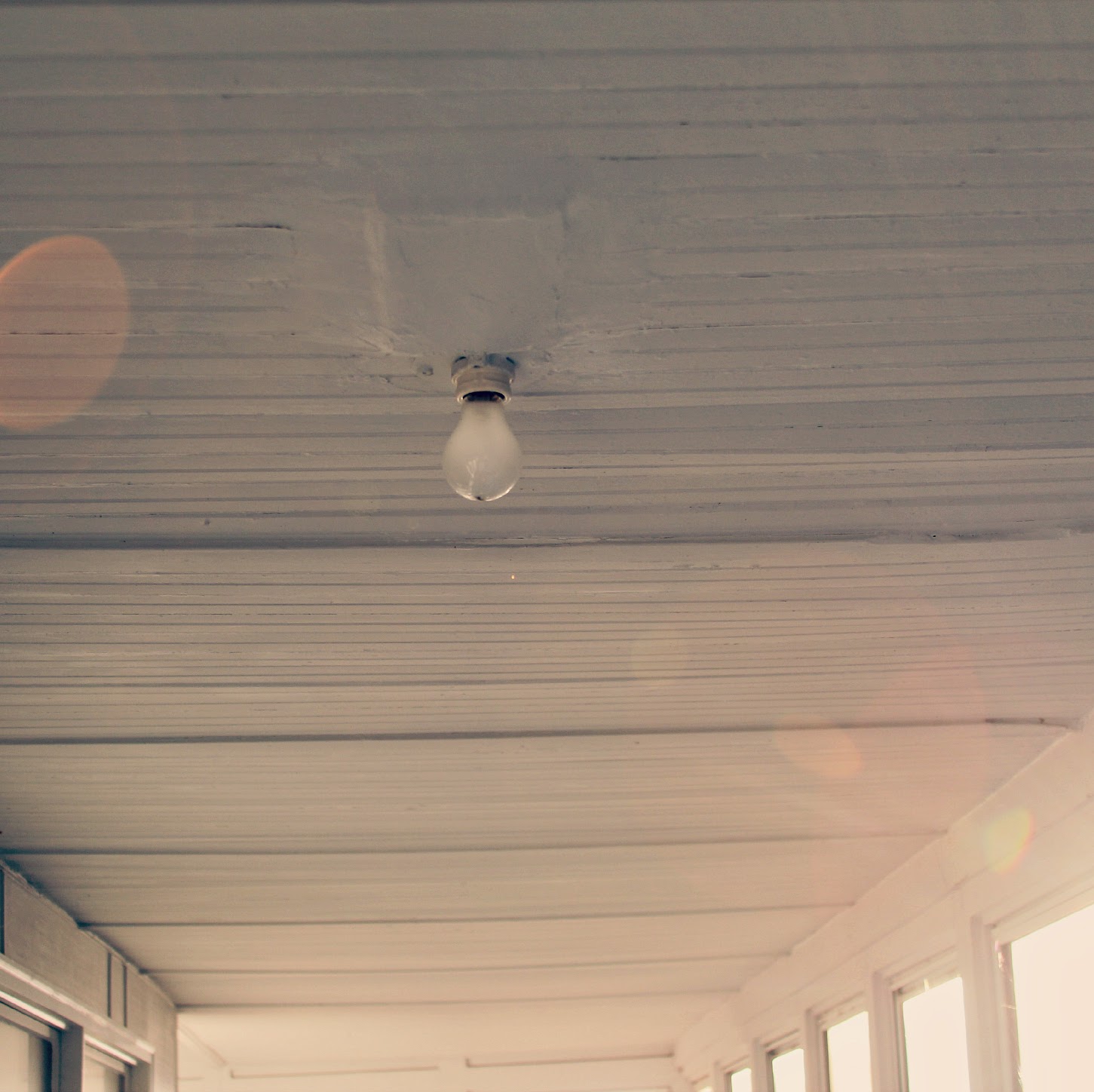 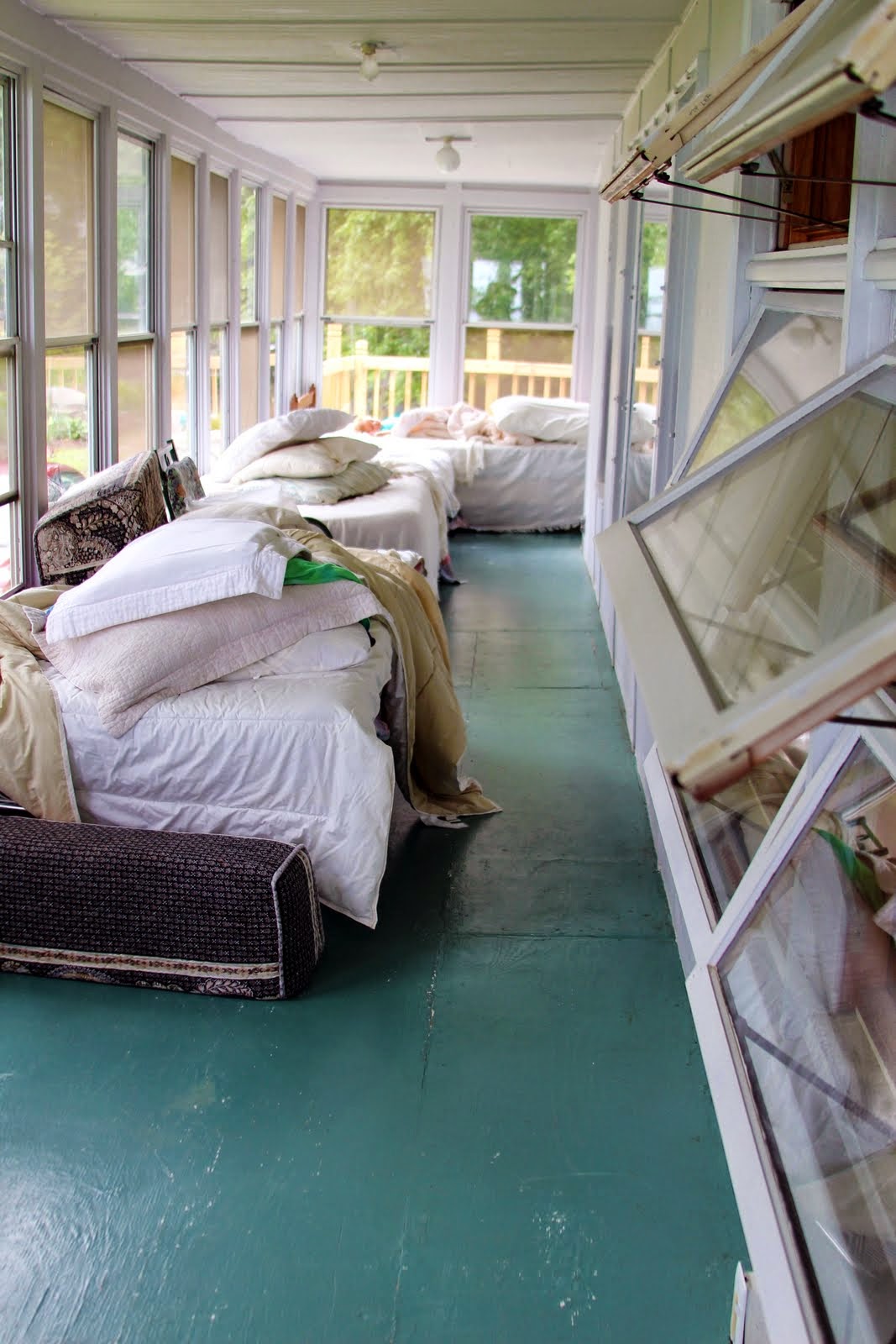 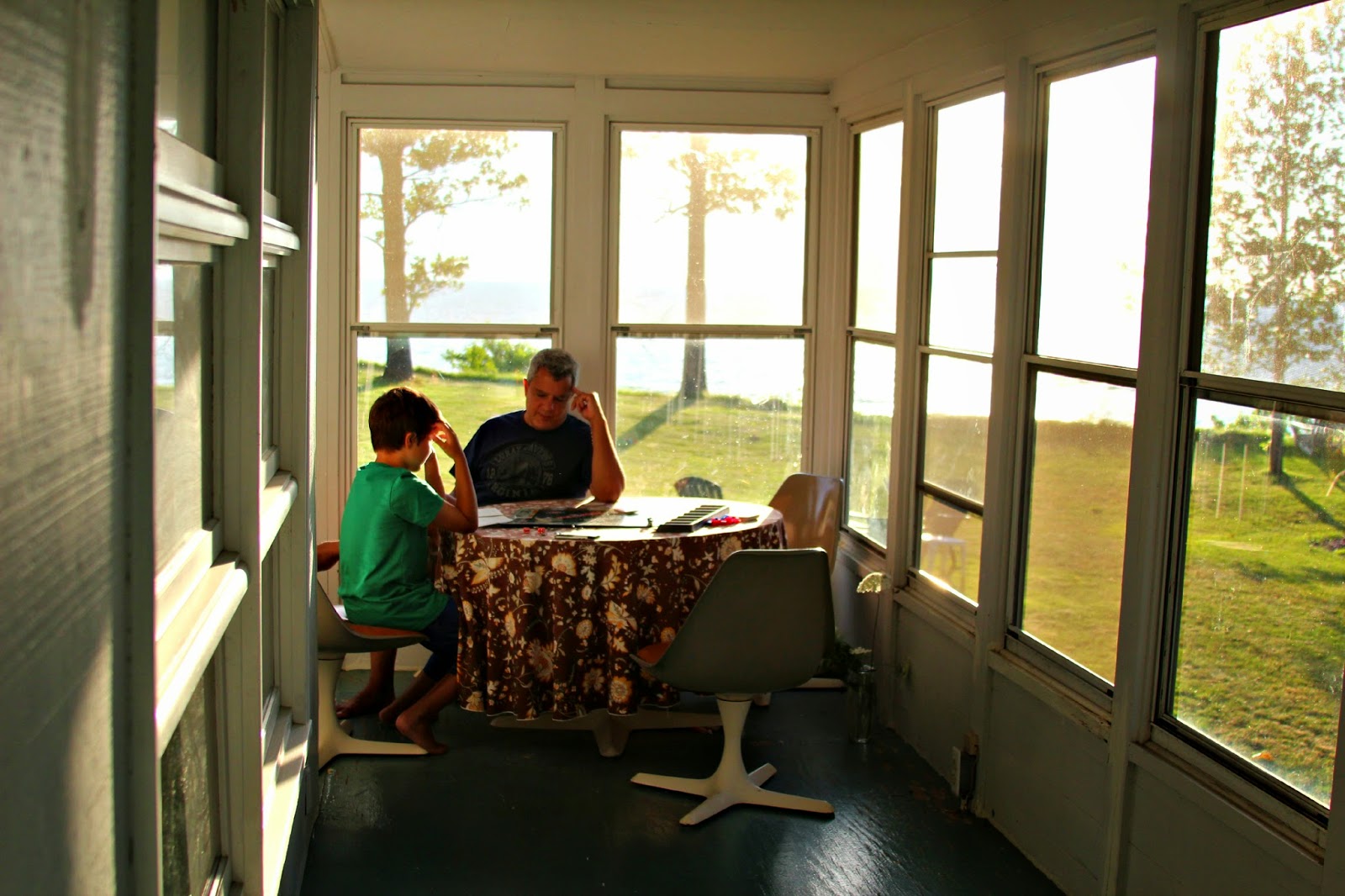 It's weird, and it makes you feel small, but also full of wonder all at once. The waves march on against the sandy shores. The sun will set again and again, showing off a new pallet of colors each time. The spiders will keep lurking in the dusty corners. And a new generation forms memories here. 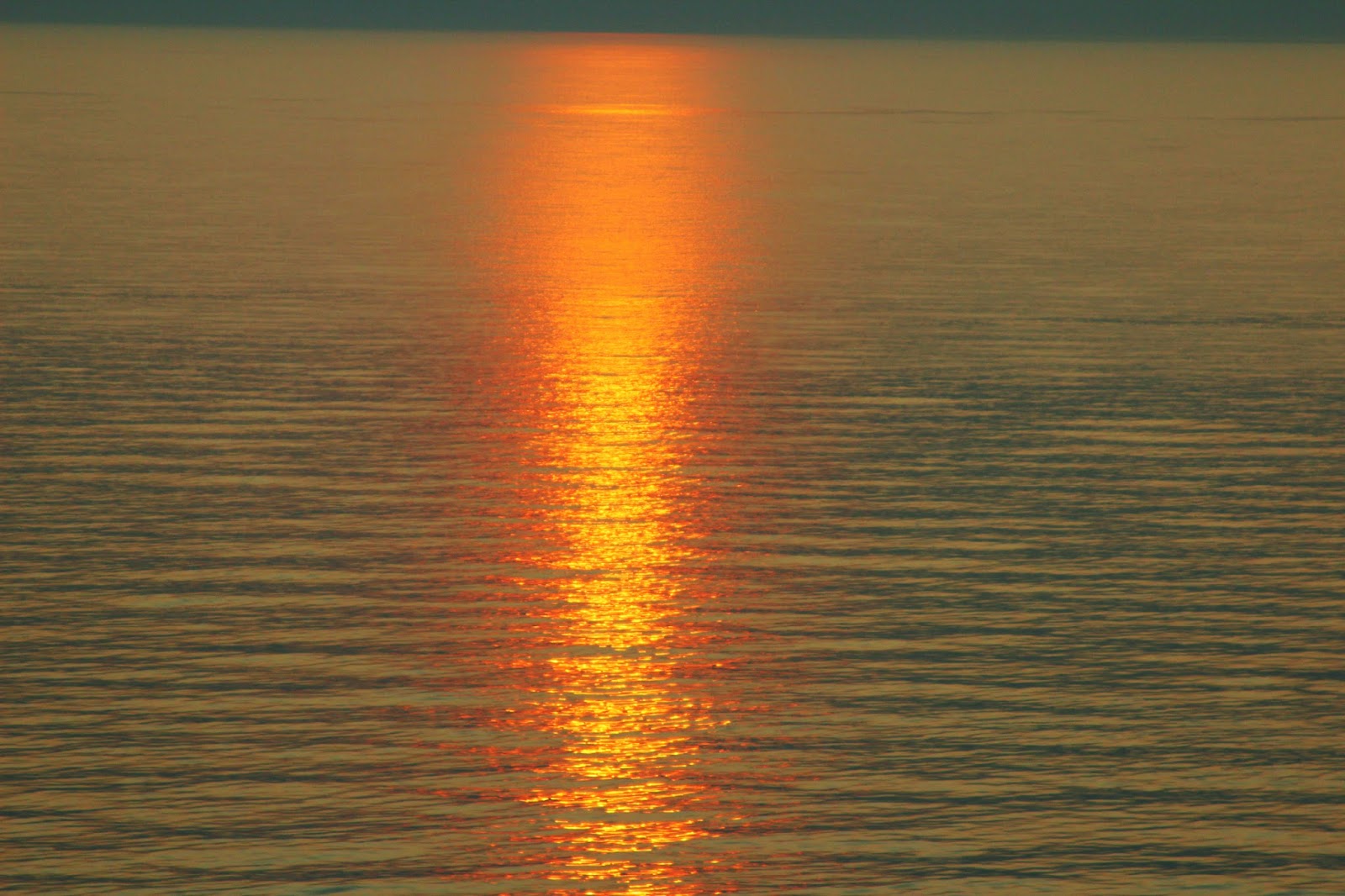 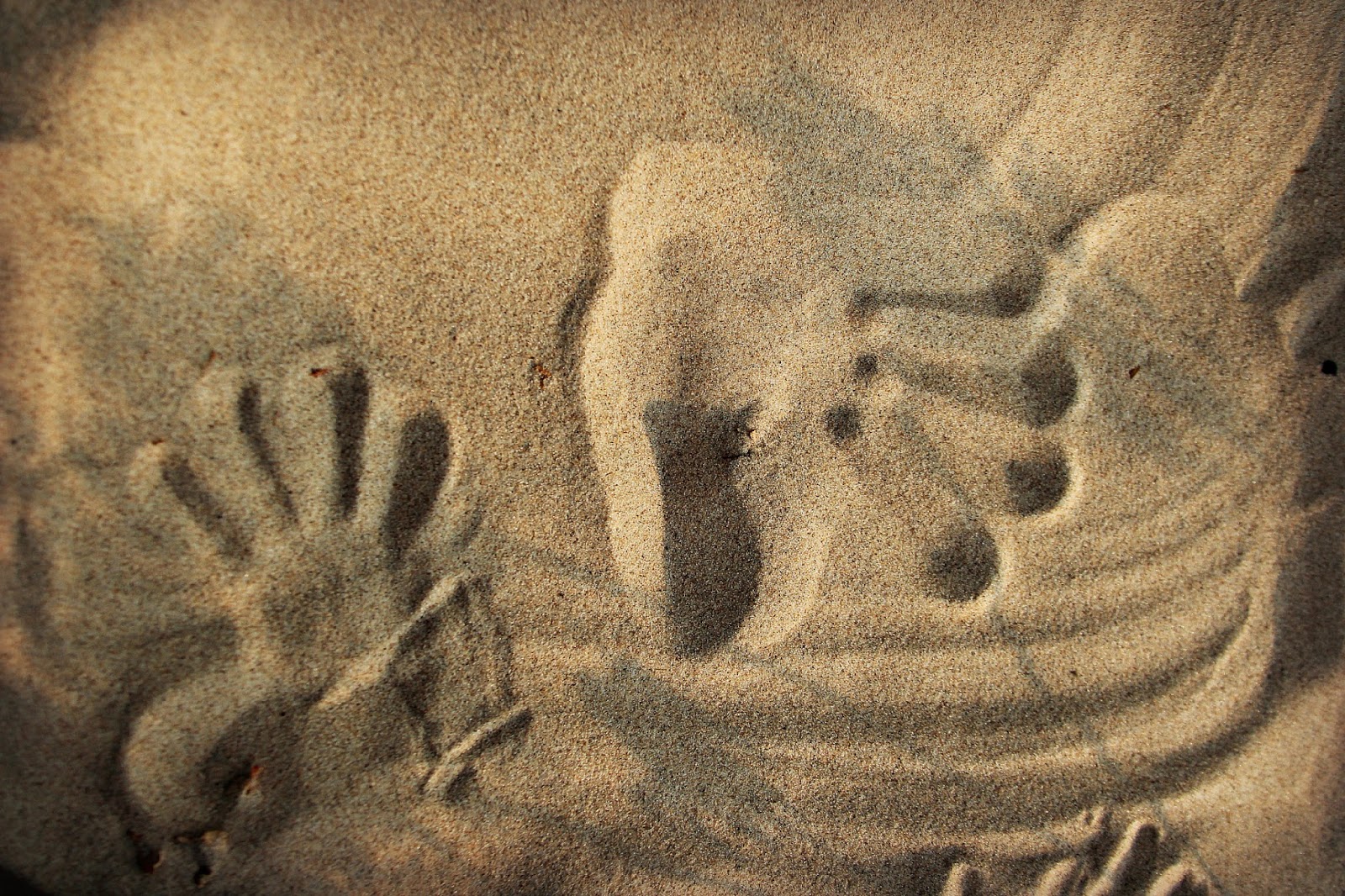