I guess the only part of the phone call I was really paying attention to was the "and we'll cook you dinner," part. I am a sucker for free food that I don't have to prepare. The whole "And by the way we'll be taping a cooking show on your boat and oh yeah since you are in the biz can you help with the show," part slipped right past my pregnant brain.

Our crazy Romanian friends have a brother who is a well known chef back in Romania. He has a cool looking medieval themed restaurant and his own TV show on Romanian national television. So having visited with us before, he decided it would be cool to tape an episode of his cooking show on our boat. Except his crew is still back in Romania. It was just him, some gear, and loads of fabulous fresh ingredients. Guess who got to play director/ producer/ AND camera man? Of course, minus the camera man bit, this is what I did for a living pre-Zach. So that was no problem. The problem was Chef Gigi wanting to cook on the grill outside and tape the whole show outside... on a 100 degree day. Like my feet weren't swollen enough already? 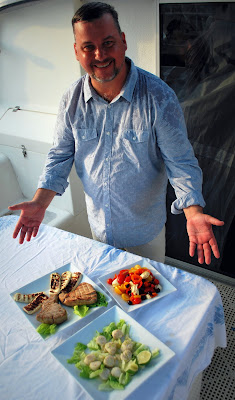 All in all, Gigi was a pleasure to work with. He was a total pro, he went fast, and the food was out of this world! He made it all look so easy. And it was OH SO DELICIOUS! 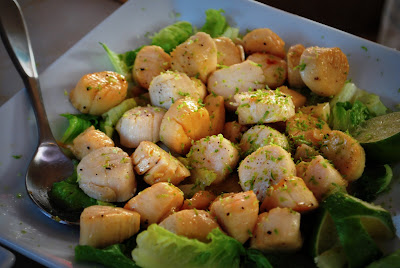 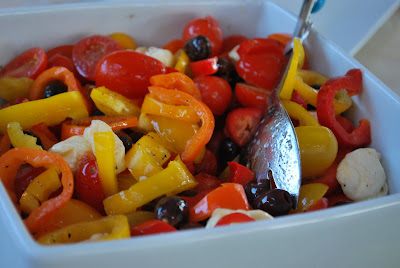 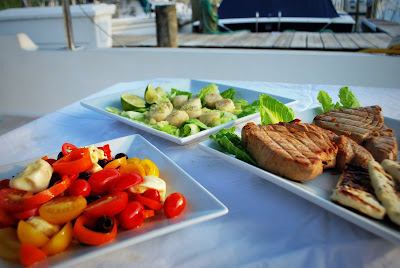 (Fresh local-ish scallops. Tuna steaks cooked on the grill along with some kind of fabulous cheese also grilled. And a tomato/ bell pepper/ fresh mozzarella salad. The details of what went into each dish were a little lost on me as he was speaking in Romanian. Yes I was taping the whole thing, but I wasn't concentrating on the ingredients so much as the shots. Whatever it was, it was GOOD!)
Supposedly we are going to get a link to the finished show (which includes a cameo by our family even though I protested seeing as I was out sweating with the camera work all afternoon). So stay tuned. Or, if you happen to be in Romania, I think you may be able to tune in this Sunday...?
at 7:56 AM

Email ThisBlogThis!Share to TwitterShare to FacebookShare to Pinterest
Labels: cooking

Whoo Hoo, how exciting. The scallops look mouth watering. Great friend! seems like you had a whole lot of fun. Hope you got to eat too, x

what a neat experience! the food looks scrumptious! ;)

How fun! You know, except the 100 degrees part. I'll bet it was so delicious!

Oh my gosh. That food looks incredible. You know a famous Romanian chef? I love it!

What fun, although it may have been slightly more enjoyable with a cooler temperature! Now I'm hungry. . .

wow, how fun, and delicious!!